When Tom Pope and Terrence Smith embarked on their seven-day journey between London and Brighton by tandem bicycle, we asked them to answer one question per day. During the journey they applied strict rules, including not speaking to each other, turning their collaborative journey into a performative event captured in the experimental film Silent Fore to Aft.

We will be publishing a question and their collaborative text and photographic answers each day culminating with the premiere of Silent Fore to Aft between 6-10pm on Saturday 18th October at Circus Street Market in a specially designed truck trailer. The following day at 2pm, Tom Pope and Terrence Smith will hold an artist talk about the project at the University of Brighton, Grand Parade. Book your free place here.

Looking out from inside the journey the view was one of curiosity; every moment is as captivating as the next, not knowing what Terry might do creates an atmosphere of suspense. From the outside looking in it’s slightly different. Two people in suits cycling a tandem bike through the countryside, it is most definitely a spectacle. There have been a variety of proposed explanations by intrigued members of the public, one of the best being: ‘are you not speaking to raise money for charity?’ Sound is one of the most interesting elements of this project. The fact that speaking, one of the fundamental concepts of communication, is forbidden, what’s left is noise… or is it music?

The soundtrack to the journey is composed of a few quite different components, firstly my inner stream of consciousness, it runs fast, and sometimes loud, similar to Beckett’s Not I. Conversation makes up a large part of the soundtrack, other peoples dialogue on occasions being enlightening, frequently disturbing, but largely entertaining. The other prominent aspect of the soundtrack is ambient noises. From the tandem struggling to find gear to trucks rolling past and the wind, the list is endless, but these three elements together have composed the score for our mute performance. Between these sounds a tension builds, or a comedic moment highlights the absurdity of everything. Silence is something I have not encountered. There have been phases of differing feelings throughout the journey’s duration, everything from it being a social experiment, an absurdist adventure, an endurance challenge, to a trip reviewing bed and breakfasts. The results may appear and feel not so dissimilar to a tragic comedy, where the protagonists embark on a physical and mental pilgrimage searching for nothing, but exploring everything. 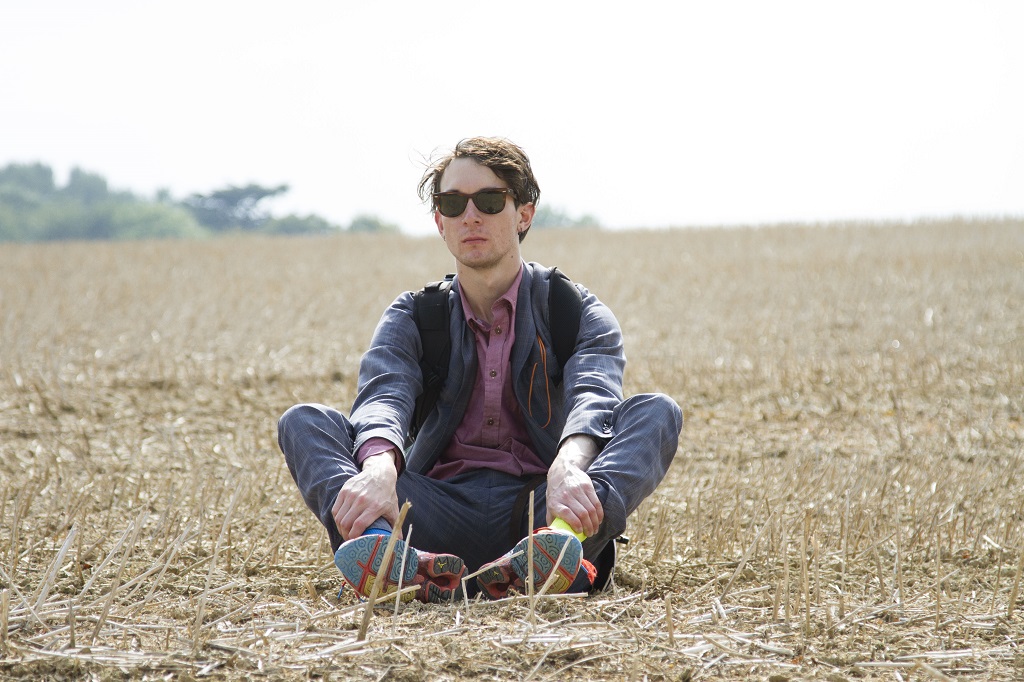